iPhone Currently Unavailable in Both US and UK Online Apple Stores

Few days back O2 the Exclusive iPhone provider in UK announced that iPhone is no longer available in UK. But Today Customers trying to buy iPhone from Apple online stores in UK and US will find both the 8GB and 16GB models are “Currently Unavailable.” Read More
Posted by GG at 5:27 PM No comments: 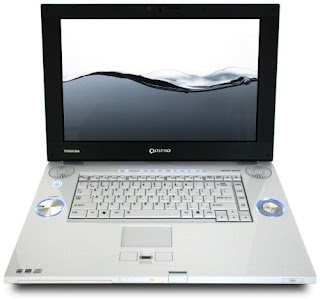 Toshiba unveiled its plan to ship notebooks equipped with SpursEngine graphics chip by end of this year. Toshiba will use the SpursEngine SE100 chip in high-end multimedia oriented laptops such as the Qosmio G40 notebook computer. The SE1000 is based on the Cell processor used in PlayStation 3. Read More
Posted by GG at 10:25 PM No comments:

Panasonic revealed their new wireless home theater system that will ship by end of spring 2008. The Blu-ray HTiB comes with 5.1 surround sound wireless speakers and can be upgraded to 7.1 surround by adding two more wireless speakers. Read More
Posted by GG at 7:45 PM No comments: 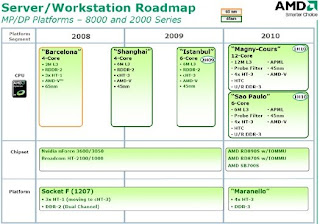 Development in the Server/Workstation market is a very good indicator of future of desktop and laptop markets. Hence the roadmap show by AMD for its Server/Workstation market is very important, in signaling the direction AMD is heading. For past few years Intel’s processor performance has left AMD in dust, which is another reason why this processor roadmap to 2010 is very important. The first processor on the roadmap is the upcoming 45nm Shanghai processor. Read More
Posted by GG at 6:33 PM No comments:

According to a report by NY Times, Microsoft and NBC are working on a feature that will block unauthorized copies of copyrighted videos from being played on Microsoft’s portable media player. When asked, why NBC is working with Microsoft for selling TV shows and not with Apple, J. B. Perrette, the president of digital distribution for NBC said, the first reason is Apple insists that all TV shows have an identical wholesale price and the second reason is that Apple refused to cooperate with NBC on building filters into its iPod player to remove pirated movies and videos. Read More
Posted by GG at 10:58 PM No comments: 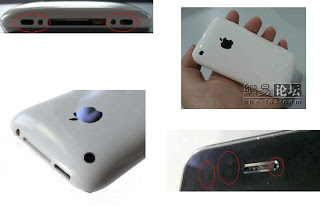 Chinese website WeiPhone has posted photos of upcoming 3G iPhone. The iPhone shown in the images has white plastic back, added sensors, modified microphone and speaker grills matching the exact description released by iLounge of the upcoming iPhone. In another iPhone related news Apple has added support of handwriting recognition for traditional and simplified Chinese in firmware 2.0 beta. Read More
Posted by GG at 6:48 PM No comments:

Xerox Develops Auto Erasable Paper, Prints on the Paper will Disappear in 24 Hours

Scientists at Xerox have developed a way to make prints whose images last only a day. The technology creates temporary images using compounds that change color when they absorb a certain wavelength of light but then will gradually disappear, so that the paper can be used again and again. Xerox calls the technology “erasable paper” and the paper self erases within 16-24 hours. Read More
Posted by GG at 5:16 PM No comments: