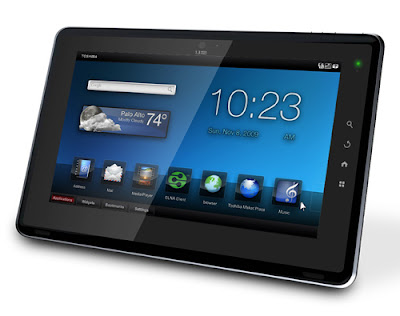 Following Samsung, Toshiba also announced their Android 2.2 based tablet Folio 100 yesterday in London. Folio 100 is bigger than Samsung Galaxy Tab featuring a 10-inch screen in place of 7-inch screen on Galaxy. The tablet uses NVIDIA’s Tegra 2 chipset and support 1080p video playback on HDTV.
Read More
Posted by GG at 6:55 AM No comments: 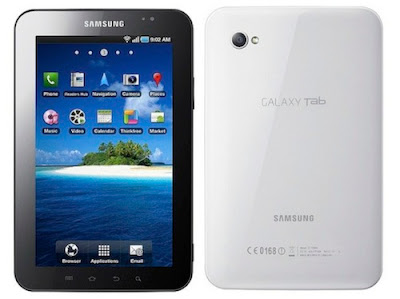 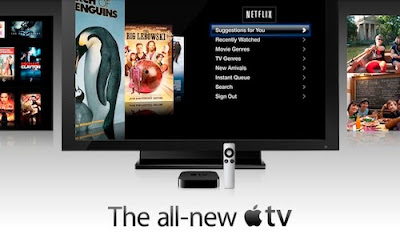 Apple today announced the new Apple TV, which offers the simplest way to watch your favorite HD movies and TV shows on your HD TV for the breakthrough price of just $99. Apple TV users can choose from the largest online selection of HD movies to rent, including first run movies for just $4.99, and the largest online selection of HD TV show episodes to rent from ABC, ABC Family, Fox, Disney Channel and BBC America for just 99 cents.
Read More
Posted by GG at 12:51 AM No comments: 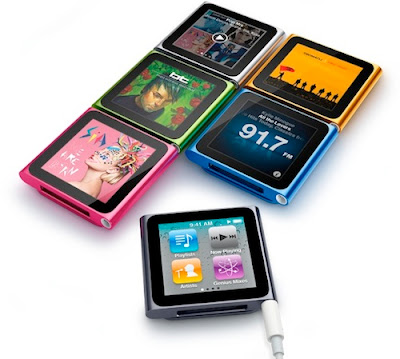 Apple’s iPod nano saw the most radical redesign of all the iPods announced today. The revolutionary click wheel has been removed in favor of multitouch screen and it is half the size and weight of previous generation. The iPod nano is truly nano now. It features a polished aluminum and glass enclosure with a built-in clip, making it instantly wearable.
Read More
Posted by GG at 11:52 PM 1 comment: 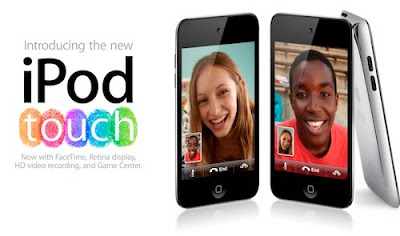 It looks like iPod classic didn't get any Apple love, however the other three iPod models have been completely redesigned to keep Apple ahead of the market. In fact, there is not a single MP3 player in the respective price categories that can match the iPod shuffle, nano or touch, in size, price, features and sexiness. Thats all from Apple's music event. We will post complete details about each product Apple announced today on TechzTalk.

We will be doing live analysis of the announcements Apple will make today. Please click on the Digg link so we can get more visitors.
The event is starting and the live video stream is awesome, you can watch the live stream here. 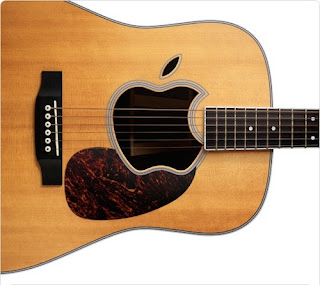 As Apple will be doing live video streaming of the music event, we will switch from live coverage to live analysis of Apple’s announcements at the event. We will post details about what Apple announces as well as our thoughts on the new products or services, as soon as Apple introduces them. Please join us for live analysis of Apple media event on live.techztalk.com on Wednesday, September 1st at 10 AM PST and 1 PM EST.
Till the event start you can read Rumor Roundup for September 1st Apple Event.
Posted by GG at 12:21 PM No comments: 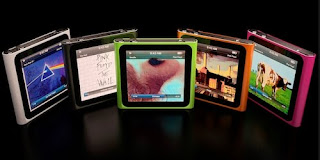 Apple sent out invitations for September 1st press event last week. The invitation had a picture of guitar with Apple logo on it, indicating that Apple will follow the September tradition and introduce new music related products including new iPods at the event. We are very sure that Apple will update the iPod lineup and iTunes software, and there are rumors that we might see new products like iTV, iTunes streaming and even a smaller 7-inch iPad. We have made a list of rumored products that Apple will announce at the event, starting with most likely and ending with least likely:
Read More
Posted by GG at 8:57 PM No comments: