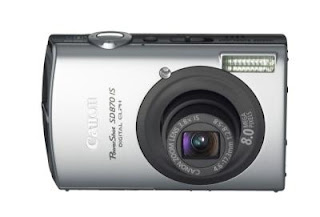 We have made a list of digital camera deals offered by Best Buy, Circuit City and others on Black Friday and we have also compared the sale price of those cameras to the price offered for the same camera on Amazon. Read more
Posted by GG at 5:31 AM No comments:

Black Friday is known for sale on electronics and many brick and mortar stores are offering digital SLR on sale, but you can get the same cameras for 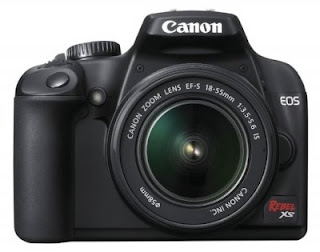 Black Friday is known for sale on electronics and many brick and mortar stores are offering digital SLR on sale, but you can get the same cameras for less online. Below is the list of all the digital SLRs that are on sale in various stores. We have also added prices for the same cameras offered by online like store like Amazon. Read More
Posted by GG at 12:50 AM No comments:

Laptop Deals For Black Friday and Christmas Holidays in 2008

Black Friday is known as the biggest shopping days of the year and many online and brick and mortar stores offer great deals on electronics. Below is the list of all the laptop deals offered by various stores and where can you find a better deal. Read More
Posted by GG at 7:05 PM No comments: 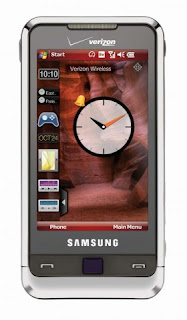 We have seen the GSM version of Samsung Omnia i910 before, but Verizon today announced that it would release the CDMA version of the Omnia SCH-i910. This Windows Mobile 6.1 based touchscreen handset features Samsung’s TouchWiz interface that allows users to customize widgets on the home screen. It also has an optical mouse in place of D-pad, which should be convenient for navigation. Read More
Posted by GG at 5:51 PM No comments: 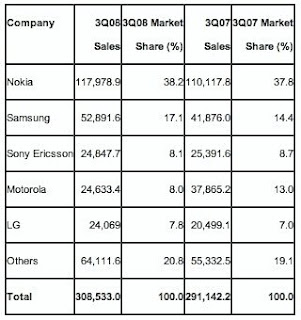 According to Gartner’s report the worldwide mobile phones sales reached 309 million units in third quarter of 2008, a 6 percent year-over-year increase. Nokia topped the mobile phone market with 118 million phones sold, which were more than twice Samsung’s sales of 52.8 million. Sony was in third place with 24.8 million units followed by Motorola and LG with 24.6 million units and 24 million units respectively. RIM was in the sixth place followed closely by Apple in seventh place. Read More
Posted by GG at 1:49 PM No comments:

Apple Promoting the New MacBooks as The World’s Greenest Notebooks

Apple has setup a page to promote the environmentally friendly nature of the new MacBook lineup. The headline of the page says “The new MacBooks. The world’s greenest family of notebooks. The highly recyclable even more energy efficient MacBook family has been designed with the environment in mind.” Read More
Posted by GG at 10:26 PM No comments: 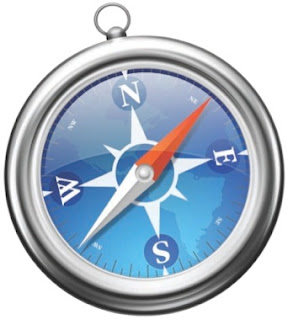 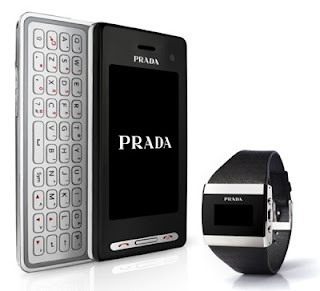 LG has officially announced update for its Prada smartphone, the new LG Prada II. The new handset will be accompanied by a Bluetooth watch called Prada Link. The new watch will allow uses to see incoming calls, read SMS and see other alerts without taking out the handset. The watch is designed specifically to work with the LG Prada II handset. Read More
Posted by GG at 3:03 PM No comments: 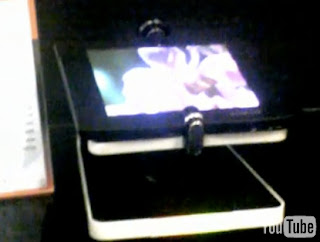 Samsung is showcasing their new concept phone at FPD International Show in Yokohama, Japan. From top the phone looks like ordinary mobile phones, but it opens like a book to reveal a flexible OLED screen big enough for most mobile uses. According to Samsung, the new design will eliminate the screen size constrains normally associated with mobile phones that limits the usability of the device. Watch the Phone in Action.
Posted by GG at 1:01 PM No comments: