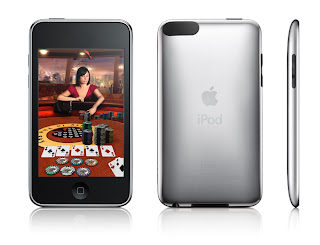 Apple calls their second generation iPod touch the funnest iPod ever; it may very well be the best portable media player ever. The new touch is almost similar to its predecessor except it adds volume control buttons on side, built-in Nike+ receiver, integrated speaker and is thinner than already super slim first generation touch. Apple has also improved the battery life of new iPod touch with 36 hours of music and 6 hours of video playback. Below are links to the three reviews that will give you complete information about the new iPod touch. Read More
Posted by GG at 1:41 PM No comments: 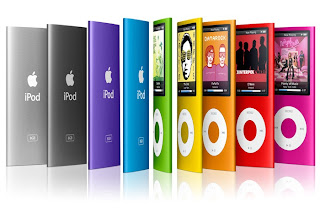 Apple launched their new iPod nano on 9th September. Apple not only made the new nanos taller but also sleeker and sexier. The new iPod nanos are available in nine bright colors including silver, black, purple, blue, green, yellow, orange, red and pink, Apple calls the new color lineup “Nano-chromatic”.
Many reviewers have posted reviews online for the new iPod nano, below are the three reviews that gives well-rounded overview of what you should expect when you buy the new iPod nano. We totally agree with PC Magazine’s conclusion, “Once again, with the nano 4G, Apple has produced the coolest, slickest and most intuitive sub-$200 flash player you can get, and easily earns our Editors’ Choice.” Read More
Posted by GG at 11:12 AM No comments: 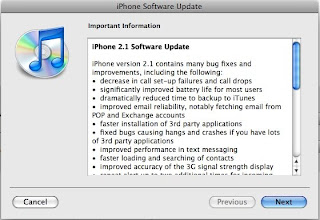 Apple today released iPhone 2.1 software update, as it had promised on Tuesday. Moving away from it normal practices, Apple have also give a list of improvements that the new software brings. According to the release note, iPhone version 2.1 contains many bug fixes and improvements, including the following: Read More
Posted by GG at 10:13 AM No comments: 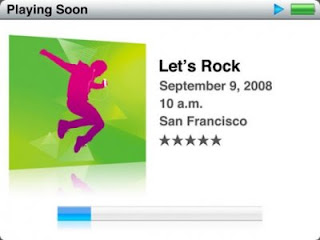