Overall, this shows that the only answer Apple has to the antenna problem is to put a case/bumper on the iPhone 4. If you don't like case on your device and you are suffering from signal loss issue you have two option - forget about the issue and enjoy the iPhone or return the iPhone before 30 days period ends. It looks like Apple has something up their sleeve for September as the free case program end on 30th Sept.
It a small crowd than usual. The press conference should start in about 10 minutes.

Apple has invited media for a press conference related to recently released iPhone 4. It is believed that Apple will address the iPhone 4 antenna issues as well as provide information about the steps they will take to rectify the signal loss problem. The conference will start at 10 AM PST / 1PM EST today and we will be doing live coverage of the conference. We will post up to the minute coverage of the event as well as analyst of what Apple says at the press conference on live.techztalk.com.
The press conference will start in about an hour till that time you can read other iPhone 4 related articles here.

Apple today issued iOS 4.0.1 update for iPhone 4 that improves the accuracy of the reported signal strength displayed on the phone. Apple’s release statement says that the update “improves the formula to determine how many bars of signal strength to display”.
Apple is going to have a press conference tomorrow (Friday, July 16th) at 10 AM PST / 1 PM EST. We hope that Apple will talk in detail about the iPhone 4 antenna issue tomorrow and hence we will be doing a live coverage of the conference on live.techztalk.com at 10 AM PST/ 1 PM EST.
Read More
Posted by GG at 8:12 PM No comments:

MacBook Air with 11.6-inch Screen and iPod touch with Camera Coming in September 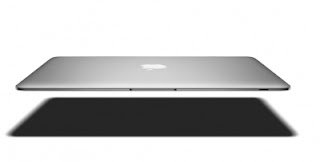 Digitimes is reporting that Apple is working on new MacBook Air model that will feature an 11.6-inch screen and will be even slimmer than current Air model. The new laptop will use Intel’s ultra low voltage Core i-series processor and will be manufactured by Quanta Computer.
Read More
Posted by GG at 5:29 PM No comments: