Microsoft: It a Mistake If You Think Apple is Going to Run Mobile Industry

Steven Hegenderfer, group product manager of Windows Mobile believes that the mobile industry is still in its “infancy”. He said, “Anyone (who) thinks that Apple is going to run this thing, they are sorely mistaken. And I am not talking from like a pompous point of view. We are so early in this industry… we are barely scratching the tip of the iceberg. And this is exciting… it is like a wild west land rush, there is gold in them there hills." Read More
Posted by GG at 10:49 PM No comments: 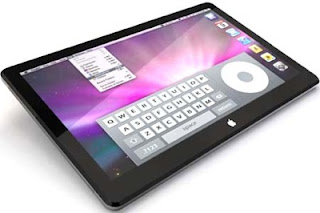 Scott Moritz of The Street reported yesterday that Apple would release a larger version of iPod touch that features 9-inch to 10-inch touchscreen and possibly a keyboard by holidays this year. Verizon will subsidize the device, but Apple and Verizon “Won’t be as tightly integrated” as Apple’s iPhone exclusivity deal with AT&T. our source says that the work on the device is almost complete and it can hit the market as early as October. Read More
Posted by GG at 5:37 PM No comments:

Palm Pre Needs More Than Web Apps to be Successful 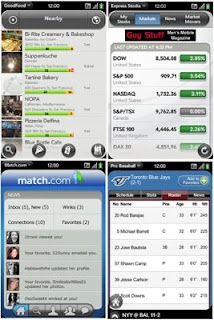 When Apple launched the iPhone in 2007, it allowed only web apps on the device that used HTML and CSS. There were about few thousand web apps available on Apple’s website, but those apps were slow and limited in functionality. The iPhone application development jump-started after Apple released true SDK in 2008. Application (applet) development using web standards is easier but it offers limited hardware access resulting in limited functionality.

Web standard (Palm’s SDK) can’t access graphics hardware via OpenGL and access to other hardware features like accelerometer is limited, as was observed by Craig Hunter. Accelerometer data sample rate is limited to 4Hz on Pre’s SDK, whereas most games or applications need at least 20Hz for smooth inputs. This would hinder in development of games and applications that would offer unique features related to hardware of the device.

Another problem with web standards based SDK is that it would limit development of accessories for the device. iPhone’s SDK offers various APIs for accessories that can add new features or functions to the device. For example, Tom Tom’s upcoming car kit will offer enhanced GPS performance, clear voice instructions and hands free calling on the iPhone.

If it was 2007 Palm’s SDK would have been great, but it is 2009 and Palm has to compete with iPhone 3.0 SDK, which offers sophisticated iPhone applications and not web apps.