Notion Ink to Showcase 10.1-inch Android Based Tablet at CES 2010 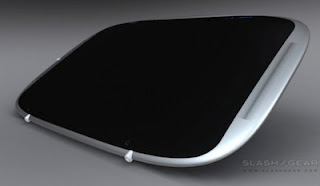 Like 2007 was the year of smartphones (iPhone), it looks like 2010 will be year of tablet computing. Many companies like Dell and Asus have already said that they will introduce devices in tablet form factor next year, and many other companies have started shipping tablet devices. One notable new addition to the tablet lineup for 2010 is Notion Ink’s yet unnamed tablet that uses Pixel Qi’s screen technology.
Read More
Posted by GG at 12:07 PM