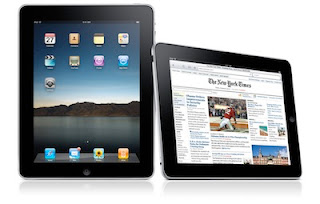 Apple introduced the new iPad, a tablet like device in January and will start shipping the device on April 3rd. Since Apple announced the iPad, opinions about the device have been polar opposite. Some are calling it revolutionary and future of computing, while others are calling it just a big iPod touch, even though most of them haven’t touched the iPad.
We have added links to few of the best iPad reviews available online:
Read More
Posted by GG at 12:10 PM