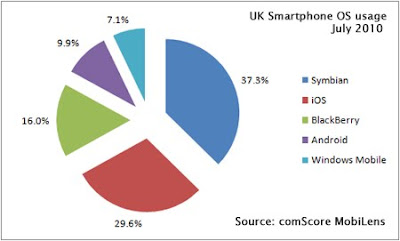 Both Nokia and Google are trying to undermine the iPhone revolution. Google has been claiming that they activate more Android handsets per day than iPhones, and Nokia’s vice president said at Nokia World that Nokia sales more phones than both Apple and Google combined. Also analysts are joining in with their predictions claiming that Symbian and Android will dominate the Smartphone market by 2014. And, as you would have guessed, the media is allover these stories.
Read More
Posted by GG at 10:30 AM