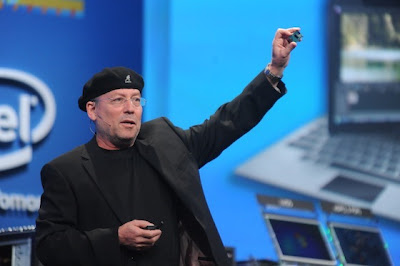 At Intel Developer Forum (IDF) 2011 in San Francisco, Ultrabook are all the rage, and every Intel executive is talking about these thin and light laptop designs inspired by Apple’s MacBook Air lineup. Mooly Eden, Vice president and general manager of the PC Client Group at Intel, said in his keynote today that personal computing experience is undergoing another fundamental transformation with Ultrabook devices based on 2nd generation Intel Core processors. And this transformation will gain further momentum with introduction of next generation Ivy Bridge processors in 2012 and Haswell processors in 2013.
Read More
Posted by GG at 9:18 PM