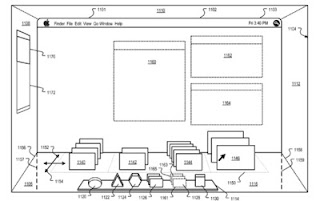 Many believe that after multitouch user interface, multi-dimensional (3D) user interface is the next frontier for personal computer space. Many companies have talked about 3D user interface for computers and Apple doesn’t wants to be left behind. According to the recent patent applications filed by Apple, the company is working on “Multidimensional” user interface and true 3D desktop environments. Read More
Posted by GG at 1:21 PM