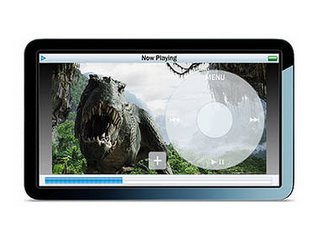 Rumors are going around that Apple will introduce new iPods in second week of September. Apple is planning to host a event on September 12th, where it will introduce new iPods and iTunes movie service. According to an article in Macdailynews Australian retailer are giving larger discounts on the iPods.
Apple's iPods were last updated in October, 2005 and there are rumors that iPod Nano will be update with new design and higher capacity. Apple might also introduce iPod video with touch screens, full front of the iPod will be screen and the controls will appear on screen when you take you finger near the screen.
Reference links:
http://www.appleinsider.com/article.php?id=2009
Posted by GG at 2:17 AM