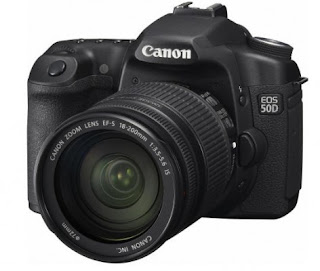 Rumors about Canon’s new 50D have just turned real as Canon announced their new DSLR today. The 50D is an upgrade for Canon’s 40D model and has identical body as the 40D, but it elevates the pixel count to 15-megapixel from 10-megapixel. The 50D uses the new Digic 4 image processor and the company claims that even though the resolution has increased it won’t impose a significant performance penalty, and the 50D will be able to maintain burst speeds close to 40D’s. The new camera will have continues shooting of 6.3fps compared to 6.5fps of 40D. Read More
Posted by GG at 12:45 PM