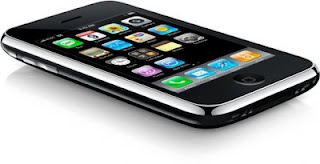 Michael Arrington has posted on TechCrunch that “some time in the next week more than 6 million iPhone 3Gs will be in people’s hands around the world.” He believes Apple might already have crossed the mark after the launch of the iPhone 3G in 20 more countries on August 22nd. Michael bases his assumption on the report that Foxconn is building iPhones for Apple at the rate of 800,000 units per week. Read More
Posted by GG at 9:13 PM