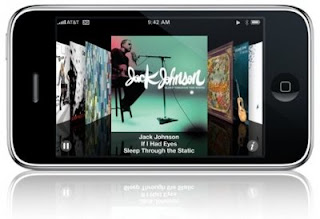 Canaccord Adams analyst Peter Misek claims, “Three new iPhone could be coming in 2009. The first is a 32GB iphone in multiple colors that is likely to arrive during the next six months. Next up is a lower-cost handset based on the 2.5G iPhone, which is targeted for China and India. Third is a smaller version – about one-third the size of the 3G iPhone – that costs 40 percent less and is also likely before year-end.” Read More
Posted by GG at 6:37 PM