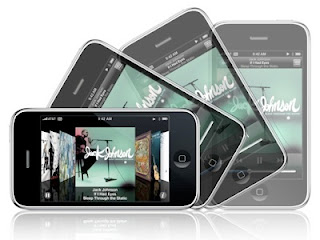 In an interview with Dow Jones, Mark Davis, Program Director for iPhone at Etisalat, has revealed “next version of the iPhone, which is due out in June will be launched in the UAE at the same time”. This news along with iPhone 2,1 code string found in latest iPhone firmware almost confirms that Apple has next generation iPhone ready for summer release. Additionally, Phil Schiller, Apple’s marketing chief has also said at WWDC that Apple will follow the June release cycle for its iPhone updates. Read More
Posted by GG at 4:53 PM