Palm Pre Video with Detailed Information About Both Software and Hardware 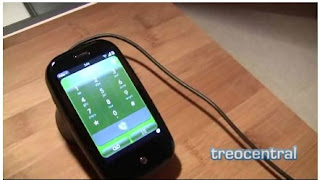 Palm’s VP of design, Peter Skillman shows various features of the upcoming Palm Pre touchscreen phone in a video. The Pre is one of the most impressive smartphone after the iPhone. The video shows how Palm differentiates the Pre from the iPhone, but it also shows how much the Pre is influenced by the iPhone. In fact the design of the shipping box for the Pre is also almost similar to the box iPhone ships in. Read More & Watch Video
Posted by GG at 1:35 PM